What would happen if you stopped work and took time to think about what you do and why you do it?

Before you answer, let me tell you an old story.

Once upon a time, a man was travelling through the land. One day he came upon a construction site bustling with activity. Curious as to what was going on he approached two stone masons. Each was working on an identical piece of stone, using the same tools and performing the exact same task.

The traveller asked the closest stone mason, ‘Tell me Sir what are you are doing?’ Without lifting his head or pausing from his work, the stone mason replied in a grumpy voice, ’What does it look like?—I’m earning my supper’.

The traveller then approached the second stone mason, asking the same question. This stone mason paused from his work. He carefully laid his tools down and stood up, puffed his chest out and looked the traveller in the eye. With a strong and confident voice, he answered, ’Sir, I am building a cathedral’.

What motivates workers the most?

A 2016 report by Peakon, based on data gathered from 230,000 employees from more than 20 countries, identified the biggest motivator in the workplace as: strategy—faith in the mission and direction of the organisation. It also noted that another 2013 report found that employees who believe in the mission of their organisation are 72% more productive than those who don’t.


How can you boost your team's motivation?

I recently had the privilege of working with the customer service team of a local government organisation. They were a great team who worked well together. In many ways, they were at the heart of the organisation, their workspace was typically bustling with activity. The manager wanted to hold onto this great team and ensure that they could sustain and continue to improve their performance while coping with the ongoing pressures they faced.

Although their performance was good, the manager recognised that in their busy-ness the team had limited opportunity to pause and reflect on why and how they did what they did. Some offsite training to give the team time away from their regular bustling activity to refresh and reconnect with key skills, strategies and purpose was what they needed.

That pause from regular activity gave them an opportunity to reflect on why their work was important. They weren’t simply helping people file building consents. They were helping people to pursue their dream of owning a home. At the end of the session the team left with a strengthened sense of purpose and commitment to their work. They knew what their ‘cathedral’ was.

When was the last time your team paused to focus on why and how they do what they do?

Do you and your team know what your ‘cathedral’ is?

Interested in a workshop on customer service for your team? 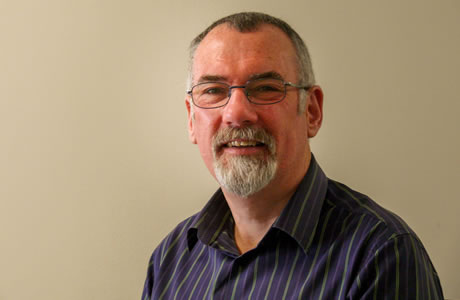 Roydon Gibbs is a Senior Trainer at Skillset.

Roydon specialises in engagement - how to ensure that your staff enjoy coming to work, are at their most productive, speak well of your organisation after hours - and stay.

He has been involved with learning and development since 1998. His knowledge of engagement comes from the research and his experience working with a wide range of organisations.

We’ll show your leaders how to keep their teams motivated and productive.

An experienced Skillset trainer will get your teams engaged in customer service.

A few key skills could dramatically improve your team’s morale, motivation and resilience. They will reduce absenteeism and the costs of high staff turnover. Let’s work with your leaders and your staff.