Media skills: why hiring a (deceptive) spin doctor is a very bad idea

First, let’s be clear on one point: I want to persuade you not to hire a spin doctor—but that doesn’t mean you should do nothing if you have a media disaster looming.

By all means get help, and sometimes that does take the expertise of a media consultant. But choose your consultant carefully. Telling the whole truth, whether making an admission or arguing your case, can be a disaster or a triumph, depending on how you do it.

The term spin doctor usually means someone who is an expert in deceiving the public. Of course there's nothing wrong with presenting yourself in the best possible light, but the problems come when it involves deception. Spin doctors are word-smiths—often posing as media consultants—who promise to take your sow’s ear and pass it off as a silk purse. They either tell direct lies (“What pig? This is a silk purse.”) or make true statements that leave false impressions (“This purse, reinforced with a component of porcine audio accessory, has the durability of finest quality silk.”). To be fair, few spin doctors push outright lies, but many a whopper has been told by using only selected truths. And we’ve all done it:

“Uh, hi Mum.”
“Hullo, Johnny. How was school?”
“Uh, Dave skinned his knee, Donna had to do a speech, the science teacher fell over in the rubbish tin.”
“You left out the bit about the cafeteria window. I got a call from the principal.”
"Oh."

Whether through lies or selected truths, a spin doctor wants to distort reality on your behalf. Time magazine puts it well: “Spin is sometimes dismissed as a simple euphemism for lying. But it’s actually something more insidious: indifference to the truth. Spinning means describing a reality that suits your purposes. Whether it resembles the reality we all share is an issue that doesn’t even arise.”

In any case, distorting reality just doesn’t work. And that’s obvious if we’re talking about getting caught in an outright lie:

“You did it. Your comment?”
“We didn’t.”
“You did. Here’s the proof.”
“Well, okay, but there’s been a lot of media distortion.” And having at first denied it, we’re now extremely embarrassed.

What’s not so obvious is that distorting reality doesn’t work even when the lie is not discovered. Nor does it work when the distortion is a biased selection of true statements.

Why? Because everything in my journalism and media experience leads me to the conclusion that at some level, usually sub-conscious, the public develops a sense of uneasiness with organisations that don’t keep to the spirit of the truth. Much is made of the low comprehension level and attention span of public audiences, but when it comes to being lied to, they know! Hiring spin doctors is an excellent way to send your public image into a long-term decline.

But many organisations are still convinced that a revealed mistake means a catastrophic loss of credibility. During the pre-release panic the words of a spin doctor—taken at face value—can appear to ease the pain and take away the problem. Spin doctors exist to satisfy that short-term, fearful, blinkered thinking. What they probably won’t tell you is that the public will forgive a mistake much more quickly than they will forgive being lied to.

So, does that mean that if you have something to hide you should avoid interviews?

Is it possible to tell the unpleasant truth and gain credibility?

Telling an unpleasant truth well has a lot going for it. And I’m delighted to say that more and more organisations are waking up to that point—most who approach us for help make it clear they have no desire to deceive anyone. 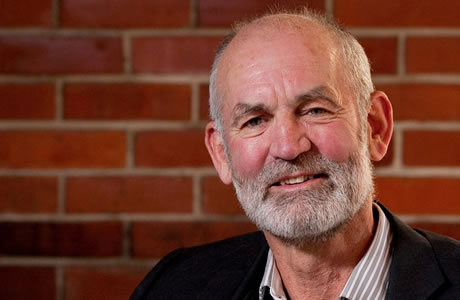 Michael is a senior trainer with Skillset, based in Christchurch.

He is a leading authority on training in presentation and news media skills in New Zealand. He has special expertise in how to present emotionally-charged topics to challenging audiences. Michael has trained thousands of New Zealanders and worked with people who speak on behalf of some of the country's largest organisations.

Michael is a prolific author and his books on speaking and working with the media are in their fourth editions.

Speaking Easy: how to speak to your audiences with confidence and authority

Media Easy: how to handle the news media with confidence and authority

One of Michael's books is about his family's adventures sailing in the Pacific.

Ready for more? See the archive

We can help your presenters engage their audiences – whether they are speaking at major conferences, presenting to the community or colleagues, or speaking up at a meeting.

Our experienced media trainers can show your spokespeople how to work with the media so that everyone benefits.

Register for The Skillset Brief

Tips, advice and insights from our specialists.

It's not a newsletter. There's no news and it's not about us - just ideas you can use.

We send them out every few weeks.