Deception is much harder to spot than most people think.

We all have ideas about what it looks like: shifty eyes, fidgeting, bouts of bull and bluster. But even honest people, under pressure, will exhibit most of those symptoms.

I'd like to share with you some of the techniques that are fast becoming best-practice amongst the leading researchers and practitioners of investigative interviewing.

Concocting a lie is difficult. It's harder to tell a lie than the truth. The process sucks up our brain's effort and energy as it marshals its resources to create an alternative version of events.

When so much of our energy is being expended on creating the lie, other activities such as body language, verbal interaction and eye contact start to show the strain. If we can increase that ‘cognitive load' on someone we suspect is lying to us, we may spot the tell-tale signs of their deceit more easily because they will occur more often.

Research suggests that the tell-tale signs of deceit when we add cognitive load include...

So how do we get cognitive load working in our favour? Here are some ethical and effective tactics to help you increase the cognitive load on your interviewee and raise your chance of spotting the liar...

A lie is not stable like the truth. So keeping all the pieces straight in our head becomes more difficult as the lie grows in complexity. Getting someone to retell their story and checking it against the new information you gleaned when you increased the cognitive load should help you spot the discrepancies more easily.

Imagine you have interviewed your subject, and you believe there are some inconsistencies with his story. You have tried changing the order of the recount and added in spatial and temporal questions. You have a lot of information now, but you may still be confused about what really happened.

Try this: Ask your interviewee to draw the event as he experienced it.

Drawing is effective as an addition to the cognitive interview, where the interview is about an event, because...

Drawing is a wonderful tool because it's unpractised, it's unanticipated and it forces the interviewee to take a position.

Incidentally, liars were also more likely to use an aerial shot for their diagram, whereas truth-tellers were more likely to draw the event as if they had filmed it with a camera on their shoulder. If you need any more persuasion, interviewers caught liars 75% of the time when they used drawing as an addition to the cognitive interview.

If we want to catch liars in the act we need to rethink our beliefs about what liars do so that we can look for the real indicators of deception.

We need to become fluent at using cognitive interview methods such as PEACE so that we get good quality information to assess. And we need to use techniques that add cognitive loading so we can spot the spontaneous and the rehearsed liar more often and with greater accuracy.

Interested in a workshop on investigative interviewing for your team? Show me what you could do for us 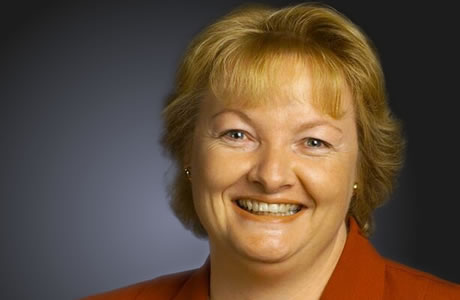 Alana is Skillset's managing director and has been with the company for more than 20 years.

She takes workshops on a wide range of topics and is at the leading edge in the world in teaching investigative interviewing.

Some of Alana's negotiation clients negotiate multi-million dollar deals. Others just need to sort out arrangements with their suppliers.

Alana has attended a master class on investigative interviewing the UK and keeps in touch with her classmates.

Leading people who work from home

We’ll show your leaders how to keep their teams motivated and productive.

We’ll help your investigators use some simple techniques to uncover the useful, accurate information they need.

We’ll show your negotiators a method used around the world in negotiations big and small. It’s very different from adversarial bargaining or mere compromise.